In 2009 we had a long trip by car along the Rhode Island coast: it was amazing! I took care my pictures we made on the Ocean, as my very special ones. I spent just one day in Providence but I suddenly realized that is a very nice place to live in! Now, our new American obsession is Portland (Oregon) and our new guests, Deet Tick band (based in Providence), recorded their new great album’ Negativity’ exactly in this city with legendary producer/musician Steve Berlin (The Blasters, Los Lobos, and last year’s McCauley side project, Diamond Rugs). WOW! John McCauley, the songwriter behind the Deer Tick moniker, grew up in Providence, Rhode Island, where he began his career by teaching himself to play drums, guitar, piano, and pedal steel. John and Deer Tick have long walked a tightwire between total despair and fractured resilience, but Negativity represents a heroic leap forward on virtually all fronts for the Providence, Rhode Island-based band. Read their advice and listen to their new songs, including the duet of John with his new wife, the songwriter Vanessa Carlton. What a lovely couple The best International music festival and the best live club I don’t like festivals much. The smaller, weirder ones are always better. I’ll always love the Newport Folk Festival, which I attend every year. My three favorite clubs are: 1) 9:30 Club in Washington DC 2) Higher Ground in Burlington 3-4) Vermont and Paradiso in Amsterdam When you load in at 9:30 Club they bring you cupcakes! The Record shop you can’t miss Grimey’s in Nashville, Tennessee ! Premier independent record store. It stocks new & preloved CDs, LPs, and DVDs. It has awesome free instore performances on a regular basis with local, national, and international touring bands. Stop in and check it out! _____________________ Grimery’s RECORD SHOP 1604 8th Ave SNashville, TN 3720  tel +1-615-254-4801 Music & Food (a perfect union): Where would you invite us? Brooklyn Bowl, Brooklyn, New York.  Get the Egg Shooters with fried oysters on top, and the fried chicken. “This bowling alley and live music venue fully embraces the new mania for local nostalgia. The space takes its design cues from Coney Island with old freak-show posters and carnival-game relics, and all of the beer sold inside—by Sixpoint, Kelso and the Brooklyn Brewery—is made in the...

We met Selton at OFF CLUB  (Modena, Italy) during their italian tour and they gave us some interesting travel advices! Selton is Daniel Plentz, Eduardo Stein Dechtiar, Ramiro Levy and Ricardo Fischmann, four friends from Porto Alegre, Brazil. They met by chance in Barcelona, decided to make a band and started playing on the street. They used to play in Parc Güell, the famous park designed by Gaudì. The park is one of the most touristic points in the city; that means that each day Selton used to play for lots of people from all over the world. After one month playing, the band raised enough money to record their first demo and started to sell it in their open air performances. After one year and a half they had sold already 1500 copies. One day an Italian MTV producer saw the band playing and invited them to participate on the TV show “Italo Spagnolo”. With their second album “Selton” (Antistar, 2010) the band took an important step and started playing their own songs. In the years of 2011/12, Selton toured Italy, Brazil, Portugal, Spain, Belgium and Czech Republic. After the second summer tour, Selton started thinking about their next album. With a crowdfunding campaign -“I’m With Selton” – they raised more than 10.000 dollars and recorded “Saudade” (Ghost Records, 2013), also produced by Tommaso Colliva and featuring the artist and producer Arto Lindsay. The new album is out now and the band is getting ready for the tour. Stay tuned. Best international festival and best live club I think the greatest international festival we’ve ever played was Voix Du Gaou, in France. In the same evening we played there was also Jamiroquai and Massive attack. The festival was in that beautiful Island in the south of France, we really wish we could play there again! The best live club we’ve ever played is hard to say… but surely Magnolia (Milan) and Angelo Mai (Rome) are one the top 5! Record shop you can’t miss  There’s a record store in São Paulo called “Eric Discos” that is really incredible. You can find anything, from brazillian roots music to Adriano Celentano. Really cool place to go. Eric Discos Rua Artur de Azevedo, 1815, São Paulo – SP, 05404-014, Brasile www.ericdiscos.com.br +55 11 3081-8252 Record shop you can’t miss For those who... 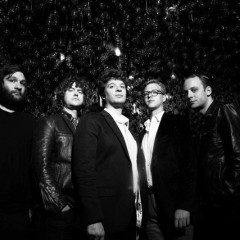 In 2009 we had a long trip by car along the Rhode Island coast: it was amazing! I took care my pictures we made on the Ocean, as my... 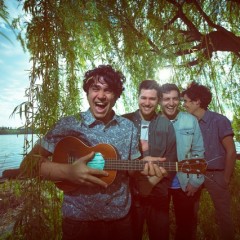 We met Selton at OFF CLUB  (Modena, Italy) during their italian tour and they gave us some interesting travel advices! Selton is Daniel Plentz, Eduardo Stein Dechtiar, Ramiro Levy...

Hi guys! We are glad to entroduce you to an artist  we suddenly loved for her intimate and evocative music, with her nordic athmospheres. Charlotta Perers aka Big Fox. From... 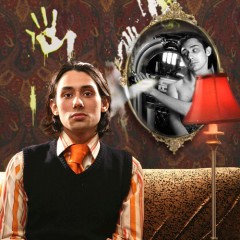 Once again we are flying to NYC to meet another very interesting artist: Joseph Keckler Joseph is a singer, musician, writer, and artist. Not only he is multi-talented, but... 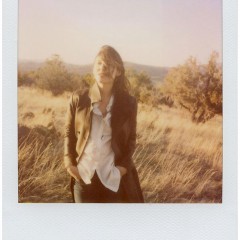 Some records enchant your heart and make your head travel all around the world, in a magical trip. “Rattle the windows” by American singer Melaena Cadiz was my favorite soundtrack... 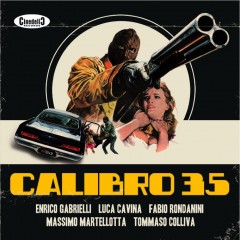 Hypnotic. This was my first feeling about listening to this band live. I love their sound and they entered my TOP 5 since the release of their first album...